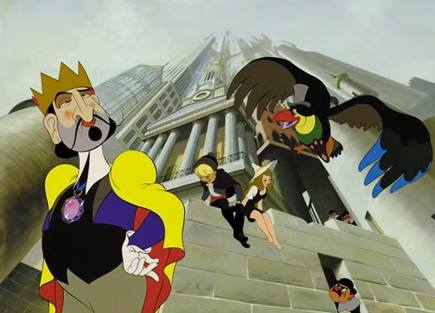 The King and the Mockingbird (Le Roi et l'oiseau) is a 1980 traditionally animated feature film directed by Paul Grimault. Begun in 1948 as The Shepherdess and the Chimney Sweep (loosely based on the fairy tale of the same name by Hans Christian Andersen), the film was a collaboration between Grimault and popular French poet and screenwriter, Jacques Prévert. The film is by some today regarded as a masterpiece of French animation.