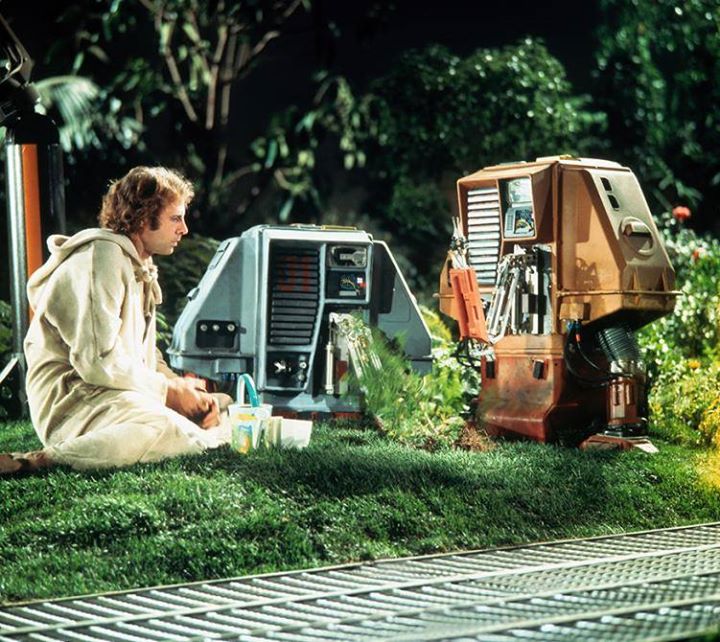 Tuesday 8th of March screening of:

In a distant future, humans have developed artificial ecosystems to grow the remaining specimens from vegetable life in outer space. The space freighter “Valley Forge” carries them through the universe in greenhouses-like geodesic domes. At the moment things get complicated and the mission have to be interrupted, only one of the four crew members, the botanist Freeman Lowell (Bruce Dern), will fight for the preservation of the plants. To save the future of Earth's ecosystem will not be possible for Lowell without the help of his friendly robot drones Huey, Dewey and Louie.

Set within the romantic imagery of the “Global village” or “Spaceship Earth”, it is one of the greatest environmentally oriented science fiction stories of the 70s. “Silent running” was directed by Douglas Trumbull, who had previously worked as a special effects supervisor on films such as “2001: A Space Odyssey” and “The Andromeda Strain”. The soundtrack includes the songs "Silent Running" and "Rejoice in the Sun" performed by Joan Baez. Not to count the influence of this film in more recent science fiction works like “Moon”, “Star Wars”, “Wall-E” or the tv series “Battlestar Galactica”.

The rest of the Spaceship Earth film program is available here: http://bookstoreproject.nl/film-culture-filmprogram-spaceship-earth/